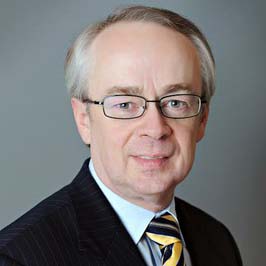 Keith Luse is the Executive Director of the National Committee on North Korea. Previously, Luse was the Senior East Asia Policy Advisor for Chairman and later Ranking Member Senator Richard G. Lugar at the U.S. Senate Foreign Relations
Committee from 2003 until 2013. Luse also served as Staff Director for Mr. Lugar at the Senate Agriculture Committee from 1999 through 2002, where the Senator also served as Chairman and later Ranking Member. While at the Senate Agriculture Committee, Luse made the first of eventually five trips to North Korea.

Mr. Luse joined Senator Lugar’s Indiana Office in 1978 and was appointed State Director in 1982.  In the 1990’s while in the private sector, Luse traveled throughout East Asia for eight years, conducting research for U.S. businesses.

In addition to assisting Senator Lugar at the Foreign Relations Committee on legislative initiatives, Luse directed or participated in several oversight projects and investigations.  They included the integrity of the U.S. - funded humanitarian assistance distribution process inside North Korea; the murder of Americans in Papua, Indonesia; corruption and transparency challenges at The Asia Development Bank and The World Bank, and an evaluation of the effectiveness of U.S. foreign assistance to countries in East Asia with an emphasis on Cambodia and Indonesia.

Luse’s reports to the Senate Foreign Relations Committee included “China’s Impact on Korean Peninsula Unification and Questions for the Senate” (2012); “Trafficking and Extortion of Burmese Migrants in Malaysia and Southern Thailand” (2009); and “North Korea and Its Nuclear Program – A Reality Check” (2008).

In 2016, Luse was presented the Vietnam “Medal of Friendship” by President Truong Tan Sang for active contributions to the process of Normalization and Development of the U.S. – Vietnam relationship.

Upon departing the Senate in 2013, Luse received the Philippine Legion of Honor Award from President Aquino for assisting Senator Lugar’s efforts to foster relations between the United States and the Philippines and Southeast Asia.  He is also a Co-Recipient of the 2010 Kato Ryozo Award for Service to the U.S. – Japan Alliance.

Luse has traveled extensively in East Asia including five visits to North Korea, and has participated in numerous Track 1.5 and Track 2 sessions about North Korea or with North Korean officials outside of their country.