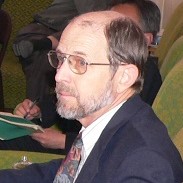 We are saddened to hear that Dr. Randall Ireson, a founding member of NCNK and an agricultural development expert with deep experience in North Korea, died recently after a period of illness. He was 72.

Randall was a leading expert and practitioner on agriculture and food security issues in North Korea. From 1998 to 2007, Randall directed the American Friends Service Committee's agricultural development program in North Korea. Working closely with several cooperative farms and North Korean research institutes, he designed and implemented a program which attempted to resolve some of the fundamental obstacles to improved food production in North Korea. During his time with AFSC, Randall made numerous trips to the DPRK, and led over a dozen study delegations from North Korea to the U.S. and other countries.

After leaving AFSC, Randall worked as a private consultant on rural and agricultural development issues in Asia, and continued to write on issues related to agriculture and food security in North Korea. He was also active as a pilot with the Oregon Wing Civil Air Patrol, and in serving his community in Salem, Oregon.

Prior to his work in North Korea, Dr. Ireson directed or contributed to other development projects in Asia, including seven years in Laos spanning the period from 1967 through 1994. He also coordinated the formation of water users' groups in Pakistani and Lao irrigation projects, and assisted in program design and evaluation for several NGOs, bilateral and UN assistance agencies.

Randall was active with NCNK since its founding in 2004, and had served on its steering committee and as co-chair of its membership committee.  He had taught Sociology at Willamette University and the University of Albuquerque, and had directed the Research and Evaluation Unit of the Oregon Department of Corrections. He received his M.S. and Ph.D. in Development Sociology from Cornell University, and a B.A. from Stanford University.