After Seven Trips to North Korea, I Believe They Really Want to Make a Deal 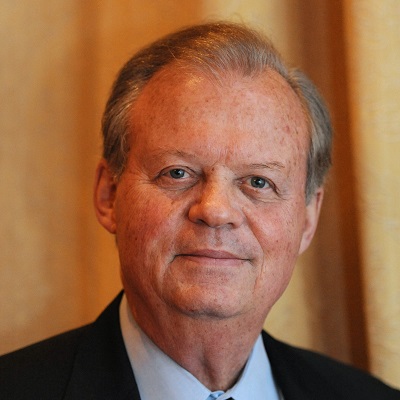 As an American who has traveled inside North Korea seven times, I view the “Hermit Kingdom’s” latest saber rattling as chilling evidence that our decades-old policy of confronting and isolating that now-nuclear nation has failed.

The latest massive nuclear explosion is frightening, as is North Korea’s claim to possess a missile that can reach the continental United States. But everyone knows a military response would be catastrophic. Our enormous nuclear arsenal could destroy all of North Korea, but millions of South Koreans could die in a counterattack, as could many more in Japan and in other parts of the region. Thousands of U.S. troops stationed on the peninsula also would lose their lives.

My experiences in North Korea – as well as my discussions with North Korean diplomats since then – have led me to conclude there is a diplomatic solution.

North Korea’s leaders desperately desire to be respected by the West, particularly by the United States. They think one path to winning that respect is developing and flaunting nuclear arms. But they’ve also sometimes demonstrated a willingness to see respect in peaceful gestures.

Most of my trips to North Korea were in my capacity as chairman of the House Hunger Committee and as a congressional advocate for human rights from 1979 through 2002. I made one trip as a private citizen in 2009 and have maintained relationships with a few North Korean officials to this day.

Those visits were highly revealing, because I was allowed to travel throughout the country with my own interpreter. I learned how poisonous propaganda taught the people to fear and hate Americans.

Initially I was viewed with great suspicion. But, over the years, two key things helped improve my relationships with rank-and-file North Koreans and with some high-ranking government officials.

At the time, the United States was providing a great deal of food aid to North Korea. People throughout the country saw food sacks emblazoned with “USA,” the American flag and, in Korean, “donated by the people of the United States.” People used the empty sacks to carry things, so you would see North Koreans walking along with the American flag slung over their shoulders. Despite what they were repeatedly taught about the American “enemy,” the people became grateful for this assistance, as did North Korean leaders.

Second, because I visited so many times, people – including government officials – dropped their suspicions. They came to realize that I wasn’t there to cause them trouble, but to help.

This led to government leaders becoming more open with me. In fact, in late 2000, high-ranking officials used me in an effort to launch high-level talks in the waning days of the Clinton administration. If President Clinton would travel to Pyongyang and talk directly to North Korean dictator Kim Jong Il, they said, negotiations could lead to the end of their nuclear weapons program.

Unfortunately, Clinton spent his final White House days on one last fruitless quest for Middle East peace, and the North Korean pleas went unanswered. In 2002, Kim himself sent the same message to President George W. Bush. After that effort failed, North Korea restarted plutonium production that had been shut down during the Clinton administration.

A more recent experience convinced me of North Korea’s continued desire for better relations with the West. A 56-year-old man, from a suburb of Dayton in my former congressional district, was jailed in North Korea in 2014 for leaving a Bible in a public place, possibly in violation of the ban on proselytizing. His family and several U.S. officials asked if I could help, and I met in New York with North Korea’s U.N. ambassador, whom I knew. I asked if he could get a message to “my friend Kim Kye-gwan,” who had hosted my congressional visits to North Korea and who had become first vice minister of foreign affairs. “This guy is from my home town,” I said. “He made a foolish mistake. Please release him.”

The ambassador later phoned to say the man was being freed at my request. More important, the Korean Central News Agency said the release came through “a special measure” by top leader Kim Jong Un, who had considered “the repeated requests of U.S. president Barack Obama.” Bill Richardson, former U.S. ambassador to the U.N., called Kim’s action “a signal to the U.S. that says, ‘All right, let's start talking,’” and perhaps resume nuclear negotiations.

Critics say I am naïve to believe the North Koreans would engage in serious negotiations that might end their nuclear weapons program. It’s certainly true that its leaders regularly act despicably. But who in 1942 envisioned Germany and Japan as two of our closest and most important allies? Who expected Richard Nixon would go to China, meet with Mao Zedong and end that nation’s isolation?

Tony Hall served as the US Ambassador to the UN Agencies for Food and Agriculture, and as a US Congressman for Dayton, Ohio.