Workshop Report: Steps Toward a Lasting Peace on the Korean Peninsula 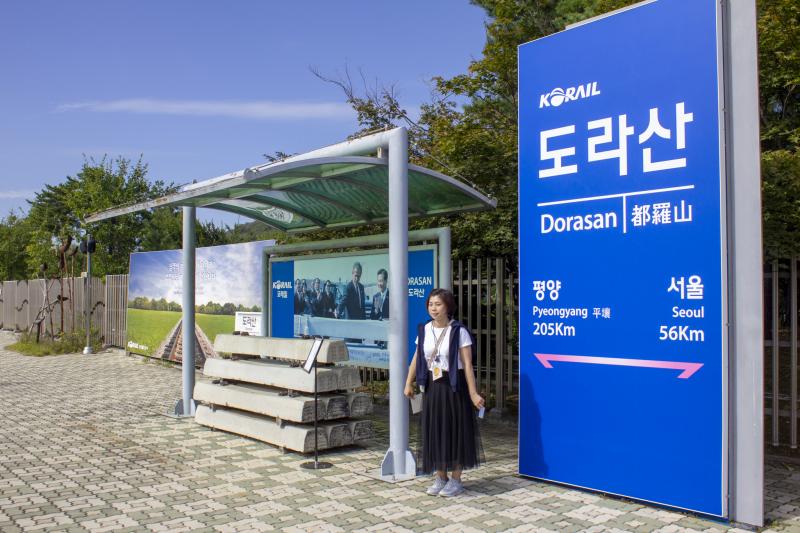 On 28 September 2018, the National Committee on North Korea (NCNK) and The Elders convened a meeting of distinguished experts and practitioners to discuss the evolving situation concerning North Korea.

Following is a summary of the main points and recommendations that stemmed from the discussion, which was held under the Chatham House Rule. The views expressed are those of the participants.

The first part of the day’s discussion focused on providing an assessment of recent developments on the Korean Peninsula following the Singapore summit and inter-Korean rapprochement. Participants generally agreed that no outcome is certain on North Korea and that there are many positive and negative ways that events could unfold.

One participant suggested that a general outline of an initial deal is apparent. The North Koreans ultimately want a peace agreement and, on the denuclearisation front, are willing to dismantle the Yongbyon nuclear facility. However, others pointed to a prevailing suspicion in Washington that an end-of-war declaration and treaty might be a trap, as the US would have conceded much of its leverage with North Korea and gained little of tangible value in return.

In terms of upcoming major events, the group briefly discussed Kim Jong-un’s commitment to travel to Seoul for the next inter-Korean summit, the first time a North Korean leader has done so. One participant observed that President Moon has been the most influential mediator in this process and that given South Korean presidents only serve one 5-year term, Moon is looking to make as many permanent gains as possible, while avoiding the mistakes of two of his predecessors, Kim Dae-jung and Roh Moo-hyun.

One participant suggested that the current lack of tension and release of pressure on North Korea could represent a “new normal” which could potentially continue for the next two to six years without need for further progress. As long as there is no manifestation of hostility and there are positive outcomes (such as no missile launches or nuclear tests), coupled with continued meetings between leaders, the US, North Korea, South Korea and China may be content.

However, it was also noted that ongoing, as opposed to intermittent, engagement with North Korea is essential to prevent cheating on commitments and make incremental progress in reducing North Korea’s isolation and making it a responsible international actor.

US Interests and Dynamics

The group discussed at length the internal political situation within the Trump Administration and the potential impact of the domestic politics of the United States.

First, it observed that there is a significant divide within the Administration. The President advocates an engagement-oriented approach, but key figures including National Security Advisor John Bolton are doubtful of the success of such an approach. One person cautioned that the instincts of officials within the conservative US Administration are mistrustful of negotiations with North Korea.

However, the President does not necessarily conform to the traditional conservative approach and could move in either direction, as exemplified by his stepping back on denuclearisation timelines and language. It was also clear to some participants, that President Trump wants an end-of-war declaration and sees this as an important “win” for his Administration – as it would be something not accomplished by any of his predecessors. Likewise, there was consensus among the group that the President is intent on bringing US troops home from the Peninsula.

Shifting to the legislative branch of the US government, there was considerable discussion on the role of Congress relative to North Korea policy. One participant observed that the Congress will expect to have an active role, especially if it is perceived that the President should “oversell” what he may secure with North Korea. This would be amplified further by Democrats winning control of the House of Representatives in November as has since taken place.

Relatedly, one participant suggested that should the outcome of the mid-term elections hinder President Trump’s domestic agenda and/or should he be confronted with other challenges, it is conceivable that the President might turn outward with an emphasis on achieving foreign policy accomplishments. This would suggest that he may increase his efforts on the North Korea issue as a possible source of success with bipartisan support.

If relations continue to develop between the US and North Korea, the likely long-term sequence of events will be an end-of-war declaration, followed by a peace treaty with the removal of US troops from the Peninsula thereafter. It was also noted that, like President Trump, Chairman Kim Jong-un faces internal challenges to the changes and fast-moving events within his country.

Human rights have not featured prominently in the ongoing negotiations, but participants emphasized that it was important not to neglect them. Rather, human rights issues are an essential part of the normalisation of relations process.

Regional Players and their Interests

Workshop participants were skeptical about multilateral regional negotiations and having too many people at the table. However, many agreed that other stakeholder nations like Japan, Russia, China and the European Union will need to be sufficiently consulted and given ownership in the process and possible outcome, as, above all, would North and South Korea. The cooperation and financial support of the former group of states will be critical to implementing any agreement with North Korea.

Regarding Russia, participants observed that while Russia is an important actor, it has limited leverage and will generally defer to China on approach. There is always concern that Russia could play a spoiler role. It was also acknowledged that Russia will want downstream economic benefits resulting from any success with the peace process.

Participants expressed greater concern about Japan’s role in the peace process, which has been cautious. They largely agreed that the Japanese are extremely anxious about the US approach with North Korea and are taking steps to hedge against negative fall-out, for instance by expanding the role and size of their own armed forces. The Japanese will have to be part of any solution because they will be expected, and may play a key role, in helping finance any deal. It was also suggested that Prime Minister Shinzo Abe may try to resolve the abductee issue, a major obstacle for the Japanese, before he leaves office.

Finally, many participants touched on the potential for instability in the region that might stem from either success or failure of a nuclear agreement with North Korea. While the security consequences of failure are more self-evident, one participant suggested that success could have some disruptive impact on the alliances and balance of power that have been built in the region. Participants thus stressed the need to keep firmly in mind the big picture in this regard.

The main points of the day's proceedings were conveyed to The Elders for their review in considering any future prospects for engagement with the North Korea situation.