As the world awaits to see what change succeeds the historic summit between the United States and North Korea, one welcome point in the agreement reached at the June 12 event between President Trump and Chairman Kim was the commitment to recovering POW/MIA remains, including the immediate repatriation of those already identified. Recent reports indicate that North Korea will transfer the remains of up to 200 U.S. service members imminently to the UN Command, who will then return them to the U.S. military. (Read more about this topic in our Issue Brief: Korean War POW/MIA Accounting Efforts)

In light of this positive development, NCNK is pleased to feature a short reflection piece by NCNK Member Rick Downes, President of the Coalition of Families of Korean & Cold War POW/MIAs, written in 2016 about his visit to North Korea to meet with North Korea's Vice Foreign Minister on this issue. The piece was first published in the Coalition's newsletter and is reprinted here with permission from Rick Downes.

Together Again — In a Way 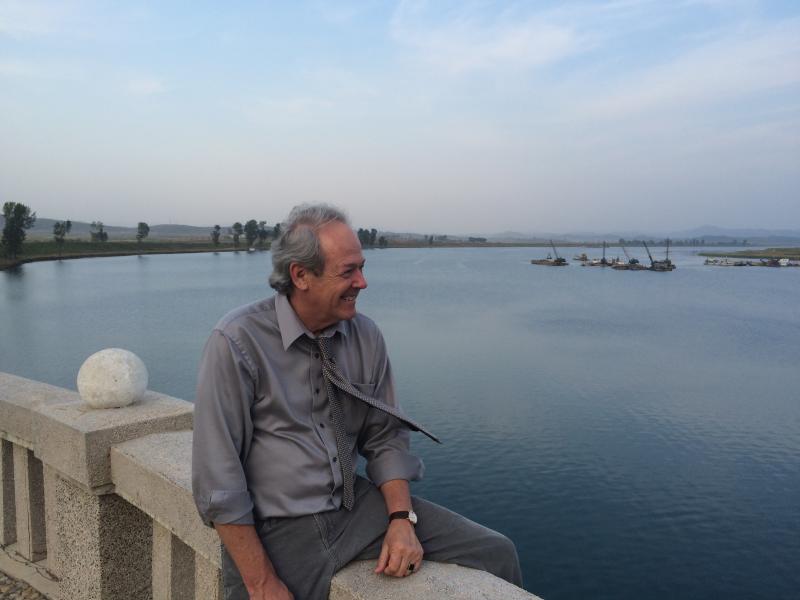 A photo of Rick on his first day in North Korea (2016, Copyright Richard Downes)

Last September, I traveled to North Korea as a member of a delegation from the Richardson Center for Global Engagement. We were there to negotiate with DPRK officials for the return of U.S. remains from the Korean War. I’m not writing about that here though. Something very personal happened along the way.

My father is MIA during an air mission that took place over North Korea in 1952. A significant part of my life has been influenced by what happened that night; mainly because we don’t know what happened. Thousands of other families are in similar scenarios. We share a bond that way. We all want similar things. One of those things for me is to stand wherever what happened took place.

The general area where my dad’s plane went down is known. It isn’t too far outside Pyongyang. The flight path of North Korea’s Air Koryo jet took us over the same area. I made sure to have a window seat. (Thank you to my colleague who traded with me.) More than sixty years after my father flew his fateful mission, his son flew part of the same route.

We were landing, so the plane flew low enough to get a true feel for the landscape; at about the same altitude as my dad would have bailed out, if he bailed out.

The countryside was much prettier for my flight. My father’s plane was lost in January. I went in September. The rice paddies and randomly spaced hills were golden, not frozen white. The hills were important. A returned crewman recalled explosions from the plane’s ammo coming from beyond a hill. Any one of the hills I looked down on could have been that hill. Any one of those rice paddies could have been where my dad is buried … or was marched off to who knows where.

After decades of hope and pursuit, I was physically closer to my dad than at any other time since he said goodbye. I was the son returning for his father. As we lifted off on the return, I was able to again look down on those fields, those hills, with small farming villages scattered among them. I said the obvious: I would be back. I don’t know if I will, but being that close, at least once, brought a change within me. Some measure of closure, I suppose. A small part of me healed. Strangely enough, I feel that a small part of my dad healed too.