The House and Senate NDAAs – Implications for North Korea Policy 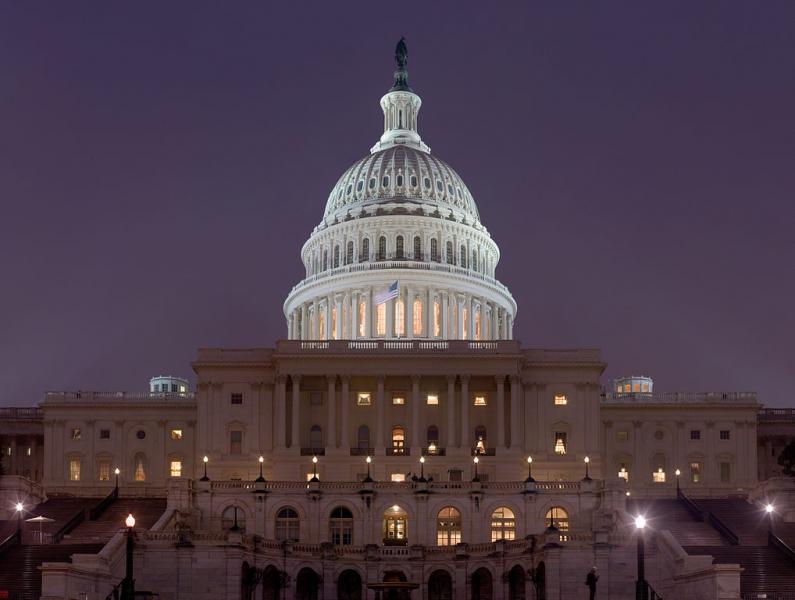 On July 12, the House of Representatives passed the National Defense Authorization Act (NDAA) for Fiscal Year 2020, following the passage of the NDAA in the Senate and setting the stage for a conference committee to reconcile the differences between the two bills.

The NDAA is considered a “must-pass” piece of legislation, and its amendment process is a major vehicle for members of Congress to advance their legislative priorities on foreign policy and national security issues. Both the House and Senate versions of the NDAA contain multiple provisions related to U.S. policy toward the Korea Peninsula, including new sanctions provisions and restrictions on funding for the withdrawal of U.S. troops from South Korea. However, the details of these provisions in the House and Senate bills differ significantly, and the House legislation also contains several North Korea-related provisions not found in the Senate version.

Negotiations over the final legislation are likely to be contentious. While the Senate version of the legislation passed in a bipartisan 88-8 vote, House Republicans unanimously opposed their chamber’s version of the bill. The White House has also threatened to veto the NDAA if certain provisions in the House version of the legislation, including funding cuts for missile defense and nuclear weapons programs, remain in the final bill. However, the Ranking Republican on the House Armed Services Committee has expressed a willingness to compromise on the final spending level authorized by the NDAA in order to get it passed by the start of the federal fiscal year on October 1.

Both the House (§1243) and Senate (§1251) bills prohibit funding to be used to reduce the number of U.S. troops deployed to South Korea below 28,500 unless the Secretary of Defense first certifies to Congress that 1) such a reduction is in the U.S. national security interest and will not significantly undermine the security of U.S. allies in the region, and that 2) the U.S. has appropriately consulted with allies regarding such a reduction.

Both versions of this provision would strengthen a provision from the FY 2019 NDAA which prohibits funding to reduce the number of troops in South Korea below 22,000, unless the Secretary of Defense provides certification to Congress of the same terms laid out in the FY 2020 House NDAA.

Both the House and Senate versions of this year’s NDAA would impose a restraint on even minor U.S. troops reductions from South Korea, likely reflecting Congressional concern over President Trump’s past criticism of the U.S.-ROK alliance and his stated desire to withdraw troops. However, if signed into law, the provisions might reduce the U.S. military’s flexibility to rapidly redeploy troops from South Korea elsewhere in the region in case of a contingency, and might cause complications as the number of U.S. troops in South Korea fluctuates for routine purposes. (Although the number of U.S. troops in South Korea is commonly estimated at 28,500, during any given month the actual number may be slightly above or below this baseline.)

For more on this issue, see this NCNK Special Report by Larry Niksch.

Support for diplomacy and an end to the Korean War

An amendment included in the House NDAA, offered by Rep. Ro Khanna (D-CA), expresses the Sense of Congress that the U.S. “should pursue a sustained and credible diplomatic process to achieve the denuclearization of North Korea and an end to the 69-year-long Korean War.” The provision also calls for the maintenance of a credible defense posture to deter North Korea until it no longer poses a threat to the U.S. or its allies, and for making every effort to avoid a military confrontation with North Korea.

The House version of the NDAA includes an amendment offered by Rep. Ro Khanna (D-CA) authorizing the appropriation of up to $10,000,000 to “develop and prepare to implement a comprehensive, long-term monitoring and verification program for activities related to the phased denuclearization of the Democratic People's Republic of North Korea, in coordination with relevant international partners and organizations.” The program costs would be offset by a corresponding reduction in funding to U.S. nuclear weapons production and maintenance activities.

Sen. Ed Markey (D-MA) offered a similar amendment to the Senate NDAA, but it did not receive consideration on the Senate floor and wasn’t included in the final bill.

The House NDAA requires the Executive Branch to submit reports to Congress on:

The Senate NDAA does not include similar reporting provisions, but requires the Executive Branch to submit a report to Congress on the sources of North Korea’s foreign revenue, and the networks which facilitate North Korean access to the international financial system (§10731).

Both the House and Senate NDAAs include, as amendments, North Korea sanctions legislation that was previously introduced to the two respective chambers as standalone bills. Although both the House and Senate legislation is named after Otto Warmbier, the American student who died shortly after his release from detention in North Korea, the two versions have substantial differences.

The Senate NDAA’s “Otto Warmbier Banking Restrictions Involving North Korea Act of 2019,” (Title LXIX, §6901-6966) introduced by Sen. Chris Van Hollen (D-MD), primarily targets foreign financial institutions which facilitate North Korean sanctions evasion. The amendment would mandate the Treasury Department to either block the assets of, or impose U.S. correspondent banking restrictions on, any foreign financial institution that Treasury determines “knowingly provides significant financial services” to any person designated by the U.S. or UN sanctions regime on North Korea. It would also authorize state and local governments to divest from North Korea, and extend the length of existing restrictions on foreign aid to countries that provide or receive military goods and services to or from North Korea. Additionally, the amendment would require new Executive Branch reports or briefings on:

The amendment would generally not change current statutory requirements related to humanitarian exemptions to sanctions on North Korea, or the conditions for those sanctions to be suspended or lifted.

In practice, the Senate amendment would expand the statutory scope of mandatory U.S. sanctions on North Korea, but it would not necessarily have a large impact on their implementation. Executive Order 13810, issued in September 2017, similarly authorizes the Treasury Department to block or to impose U.S. correspondent account restrictions on foreign financial institutions that do business with any person designated under the North Korea sanctions regime. However, this Executive Order also included more expansive financial sanctions provisions than those mandated by the Senate NDAA amendment, authorizing the Treasury to block or penalize foreign financial institutions that “knowingly conducted or facilitated any significant transaction in connection with trade with North Korea,” regardless of the specific party to that transaction or the nature of that trade. (A financial institution that does not have access to U.S. correspondent accounts cannot conduct dollar-based transactions – a punishment likened to a financial “death penalty” because of the dollar’s role in international financial transactions.)

Notably, the Senate NDAA sanctions amendment also drops certain measures which appear in the standalone version of the bill, including a provision which would mandate the Executive Branch to impose sanctions designations against foreign persons involved in transactions with North Korea in sectors including coal, iron, textiles, seafood, and fuel. (The Executive Branch currently has discretionary authority to impose sanctions in these sectors. However, if U.S. sanctions in these sectors were to become mandatory rather than discretionary, it could significantly complicate potential efforts to suspend certain UN sanctions on North Korean commercial trade in return for initial concessions on denuclearization.)

The House NDAA sanctions amendment, offered by Rep. Andy Barr (R-KY) and titled the “Otto Warmbier North Korea Nuclear Sanctions Act of 2019,” is – like the Senate NDAA amendment –  focused primarily on imposing new financial sanctions on North Korea. However, there is little direct overlap between the details of the two amendments.

The term “covered person” in this amendment is defined very broadly. It would include, inter alia, any North Korean person currently designated by sanctions; any North Korean person employed abroad other than essential diplomatic personnel or individuals with recognized status as a refugee; any person involved in trade with North Korea (other than the export of food, medicine, and medical supplies for humanitarian purposes); or any person who invests in North Korea.

These sanctions against “covered persons” would presumably exist in parallel with the current U.S. sanctions regime against North Korea and its list of Specially Designated Nationals. The financial sanctions imposed under the House NDAA amendment would also incorporate a more modest set of terms for suspension or termination than the sanctions imposed under the North Korea Sanctions and Policy Enhancement Act of 2016 (NKSPEA).

Suspension of NKSPEA sanctions requires a certification of North Korean “progress” toward denuclearization, improved human rights practices, and the cessation of certain illicit activities; suspension of financial sanctions imposed under the House NDAA would only require a certification that the North Korean government has agreed to multilateral talks aimed at permanently limiting its WMD programs, and has suspended the proliferation and testing of WMD. These sanctions could also be suspended if doing so “is vital to the national security interests of the United States.” Additionally, the House NDAA sanctions may be terminated with a certification that North Korea “has ceased to pose a significant threat to national security” and has committed to permanently limiting its WMD programs.