The National Committee on North Korea (NCNK) is pleased to announce the newest cohort of our membership. NCNK's membership is comprised of a deeply knowledgeable array of experts in U.S.-DPRK relations, and we are honored to have new valuable perspectives to enhance and aid in our mission of promoting peace and security on the Korean Peninsula and improving the lives of the North Korean people. Brief biographies of our new members are listed below and check out our Member Directory for their full profiles. 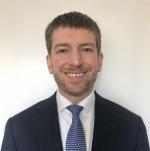 Matt Abbott is the Director of Government and Diplomatic Programs at the Chicago Council on Global Affairs. Abbott has participated in numerous conferences, Track 1.5, and Track 2 sessions on East Asian security issues. Abbott received his undergraduate education at Dartmouth College and completed his graduate education at the University of Chicago. 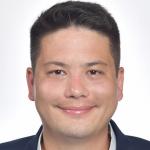 James Banfill is a Project Adviser with the Centre for Humanitarian Dialogue. Previously, he was a Fulbright research fellow at the Korean Rural Economic Institute and Institute of Far Eastern Studies of Kyungnam University in Seoul. James received an MS in Soil Science from the Pennsylvania State University and BS in Environmental Biology from the University of Washington in Seattle as well as a minor in Korean Language and Literature. 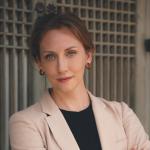 Dr. Darcie Draudt is a Postdoctoral Research Associate at the Princeton University School of Public and International Affairs, a Nonresident Fellow at the National Bureau of Asian Research, and a Nonresident Fellow at the Korea Economic Institute of America. She holds a PhD in Political Science from the Johns Hopkins University, an MA in Korean Studies from the Yonsei University Graduate School of International Studies, and an AB with Honors in Anthropology from Davidson College.

Deborah Fikes is a member of Council on Foreign Relations and serves on the CFR Religion Advisory Committee. She is an executive board director of International Center for Religion and Diplomacy (ICRD)  in Washington D.C. She is a native Texan completing college degrees at Texas A&M and the University of Texas. She also holds a graduate degree from the University of Oxford (UK) in International Law specializing in humanitarian/ human rights. 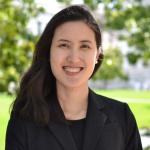 Ye jin Kang is the Founding Director of Global Humanitarian Engagement, Inc, a volunteer-based organization founded in 2012 that has addressed the public gap in understanding of bringing humanitarian aid to the DPRK. She previously served as the first Program Director in the Pyongyang University of Science and Technology Division of Medical Sciences. She is a graduate of Harvard Medical School. 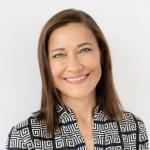 Stephanie T. Kleine-Ahlbrandt served from 2014-2019 as the Finance and Economics Expert on the DPRK Panel of Experts at the United Nations Security Council and is currently a Nonresident Fellow with the 38 North program at the Stimson Center. She has a Master’s degree in international relations from the Institut de Hautes Études Internationales (HEI) in Geneva, Switzerland; Certificates from the Institut d’études Politiques (IEP) in France and Tsinghua University in China; and a BA in political science and French from Indiana University. 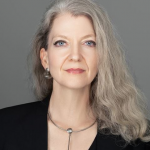 Allison Hooker is a foreign policy and national security specialist with 20 years of experience in the US government working on Asia. She has previously served as the senior analyst for North Korea in the Department of State’s Bureau of Intelligence and Research from 2001 to 2014, and in that role she staffed the Six-Party Talks on North Korea’s nuclear program. She is a native of Macon, Georgia. 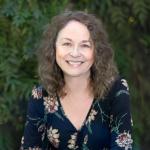 Donna Knox formed the Coalition of Families of Korean & Cold War POW/MIAs. She served as the Coalition’s first President and as a member of its Board of Directors. Today, she continues to serve on the Coalition Board and as the organization’s Legislative Liaison. Donna is an attorney and has also written two historical novels on the subject of the Soviet taking of American POWs. 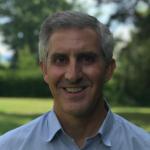 Eric Richardson is an international lawyer and mediator who works on Northeast Asia as Senior Adviser at the Centre for Humanitarian Dialogue in Geneva. Richardson visited North Korea several times in his capacity as a Pearson Fellow on the House Committee on Foreign Affairs and as Chief of the State Department’s North Korea Unit from 2007-2010. Richardson holds a B.A. in International Relations from Stanford University, an M.A. in Law and World Politics from the University of Michigan, and a J.D. from the University of Michigan Law School. 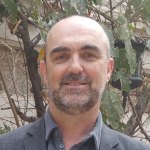 As UN Resident Coordinator and UNDP Representative in North Korea from 2009 to early 2013, Jérome Sauvage led the UN in providing emergency and humanitarian support to the population. Sauvage holds a Master’s degree in International Relations from the School of Advanced International Studies (SAIS) at Johns Hopkins University and a Maitrise in Administrative Law from Paris Sorbonne University. 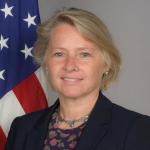 Susan A. Thornton is currently a Senior Fellow and Visiting Lecturer at the Yale University Law School Paul Tsai China Center, Director of the Forum on Asia-Pacific Security at the National Committee on American Foreign Policy, and a Non-Resident Fellow at the Brookings Institution. Thornton received her MA in International Relations from Johns Hopkins SAIS and her BA from Bowdoin College in Economics and Russian. She serves on several non-profit boards and speaks Mandarin and Russian. 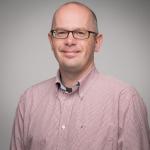 Martyn Williams is a Fellow with the Stimson Center, where he works primarily with the 38 North project. His primary interests are in North Korea’s technology, infrastructure, broadcasting system and propaganda. He was previously a journalist for IDG News Service, a technology newswire, in both Tokyo and San Francisco and was a 2011-12 Knight Journalism Fellow at Stanford University.