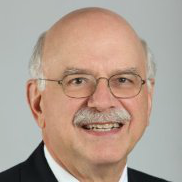 Walter L. Keats is the President and Founder of Asia Pacific Travel, Ltd. (APTL), a tour operator specializing in custom, upscale individual and small group travel to East Asia. APTL was one of the first U.S. tour operators to arrange commercial tours to China beginning in 1978. In 2007 APTL was designated the sole agent in the U.S. for the Korea International Travel Company (KITC) in North Korea. After making 29 trips to the DPRK between 1995 and 2012, Mr. Keats was banned by the North Koreans without explanation.

From 1989-1996 Mr. Keats was the Midwest Representative for the Macau Tourist Information Bureau, and the U.S./Canadian Representative for the Macau Government Tourist Office through 1997. He also served as the North American representative of the AACVB (Asian Association of Convention and Visitors Bureaus). He is or has been a member of the Pacific Asia Travel Association, the American Society of Travel Agents, the China Roundtable of the Chicago Council on Global Affairs, and a director of the Harvard Club of Chicago. He has been a member of the U.S.-Japan Tourism Export Expansion Initiative, and the Association of Official Tourist Offices.

Mr. Keats has been involved in tourism promotion to Asia as a people to people activity since 1978, and has been a frequent visitor there since 1972, meeting with people in all walks of life. Although he began his international business activities doing import-export with China in the late 1970s, tourism proved to be a more enjoyable and satisfying career. Today tourism has become a major generator of foreign exchange, investment, jobs and infrastructure for developing countries.