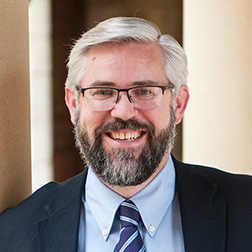 L. Gordon Flake is the founding CEO of the Perth USAsia Centre, a position he assumed in January of 2014. He was previously Executive Director of the Maureen and Mike Mansfield Foundation, a Senior Fellow and Associate Director of the Program on Conflict Resolution at The Atlantic Council of the United States and prior to that Director for Research and Academic Affairs at the Korea Economic Institute of America.

Mr. Flake is editor of the companion volumes One Step Back? Reassessing and Ideal Security State for Northeast Asia 2025 (Mansfield Foundation, March 2011) and Toward an Ideal Security State for Northeast Asia 2025 (Mansfield Foundation, September 2010) co-editor with Park Roh-byug of the book New Political Realities in Seoul: Working toward a Common Approach to Strengthen U.S.-Korean Relations(Mansfield Foundation, March 2008) and co-editor with Scott Snyder of the book Paved with Good Intentions: the NGO Experience in North Korea (Praeger, 2003). He has authored numerous book chapters on policy issues in Asia and is a regular contributor to the press on Asia issues. He serves on the Board of the United States Committee of the Council for Security Cooperation in the Asia-Pacific (USCSCAP) as co-Vice Chair of the Board of the U.S. Committee for Human Rights in North Korea on the Advisory Council of the Korea Economic Institute of America, and on the International Advisory Board of the David M. Kennedy Center at Brigham Young University.

Mr. Flake travels frequently to Japan, Korea, China and other countries in Asia as a conference participant and lecturer. He is a regular contributor on Korea issues in the U.S. and Asian press, and he has traveled to North Korea on four occasions. While at the Atlantic Council, he also facilitated the visit to the United States of numerous official and unofficial delegations from the DPRK.

Mr. Flake was born in Rehoboth, New Mexico. He received his BA degree in Korean with a minor in international relations from Brigham Young University in Provo, Utah. He completed his MA at the David M. Kennedy Center for International and Area Studies, also at B.Y.U. He speaks both fluent Korean and Laotian.