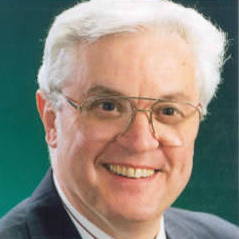 Dr. C. Kenneth Quinones is Professor Emeritus of Akita International University (Kokusai kyoyo daigaku in Japanese) in Akita, Japan where he was Dean of Research and Professor of Korean Studies until 2015. He has been involved with Northeast Asia since 1962 as a soldier, scholar and diplomat, and has lived and worked in South and North Korea, Japan and visits China often. As a U.S. diplomat, he witnessed South Korea’s democratization during the 1980’s and was directly involved in North Korea’s opening to the outside world during the 1990s. After retiring from the U.S. Foreign Service in 1997, he arranged US-North Korea educational and agricultural exchanges for US NGOs. Dr. Quinones holds a Ph.D. in History and East Asian Languages from Harvard University.

Since 2001, he has concentrated on writing and commenting about US relations with Northeast Asia, particularly the Korean Peninsula. Since 2000, he has published three books: The North Korea Nuclear Crisis – Off the Record Memories, (translated into Korean and Japanese in 2000; Beyond Diplomacy: Implementation of the Agreed Frame Work (published in Japanese in 2003), and The Complete Idiot’s Guide to Understanding North Korea, published in English by Penguin Publishers’ Alpha Books in 2004.

He contributes frequent articles and commentary on US-Korea (North and South) relations to several newspapers in Japan, South Korea, and China, plus the Voice of America, Radio Free Asia, Japan’s NHK television and radio stations in the United States, Japan, Republic of Korea, Australia plus continues to publish numerous articles in academic journals in the United States and beyond. His articles appear regularly in Japan’s Mainichi Shimbun and South Korea’s English language newspapers. For his publications see his web site at: www.ckquinones.com.

Dr. Quinones is married and has two daughters.