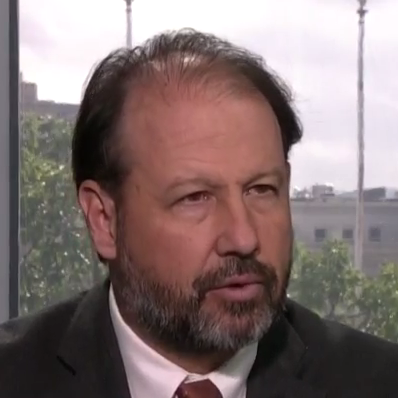 Daryl G. Kimball has served as the Executive Director of the Arms Control Association since 2001. The Association is a private, non-profit membership organization dedicated to public education, research, and advocacy for effective arms control measures pertaining to nuclear, chemical, biological, and conventional weapons. He is an editorial advisor and publisher for the monthly journal, Arms Control Today.

Mr. Kimball has written and spoken extensively on nuclear arms control, disarmament, and non-proliferation issues. In 2004, National Journal recognized Kimball as one of the ten key individuals whose ideas will help shape the policy debate on the future of nuclear weapons. In 2011, the Arms Control Association received the MacArthur Award for Creative and Effective Institutions for its ability to "address pressing national and international challenges … with an impact that is disproportionate to its size."

From 1997 to 2001, Kimball was the executive director of the Coalition to Reduce Nuclear Dangers, a consortium of 17 of the largest U.S. non-governmental organizations working together to strengthen national and international security by reducing the threats posed by nuclear weapons. While at the Coalition, Kimball coordinated community-wide education, research and lobbying campaigns for the Comprehensive Test Ban Treaty, further deep and verifiable reductions in nuclear weapons stockpiles, and against the deployment of an unproven and ineffective national missile defense system.

From 1989-1997, Kimball worked as the Associate Director for Policy and later, the Director of Security Programs for Physicians for Social Responsibility (PSR). While at PSR, Kimball organized media, lobbying and public education campaigns against nuclear weapons production and testing, and research projects on the health and environmental impacts of the nuclear arms race. Through PSR, Kimball helped spearhead non-governmental efforts to win Congressional approval for the 1992 nuclear test moratorium legislation, to extend the test moratorium in 1993, to win U.S. support for a "zero-yield" test ban treaty, and for the U.N.'s 1996 endorsement of the CTBT.

Daryl Kimball is a 1986 Graduate of Miami University of Ohio. He holds a B.A. in Political Science and Diplomacy/Foreign Affairs. He is also a former Herbert R. Scoville Peace Fellow (1989).