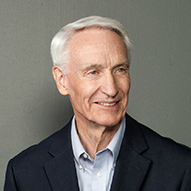 C. Jerry Nelson joined the University of Missouri in 1967 where he was active in research and teaching on crop production. As Professor emeritus he works mainly on International Programs through the Asian Affairs Center. Interest in the DPRK grew rapidly after joining American Friends Service Committee (AFSC) delegations to the DPRK in 2006, 2008, 2009 and 2011. On-farm visits provided good insight about the agriculture and visits with leaders of the Academy of Agricultural Science provided a framework for collaboration among scientists. Throughout the above there was university interest, especially in agriculture, in developing an independent academic program. In October, 2011, with logistical assistance from AFSC, the University of Missouri hosted a 3-week academic program on soil science involving four scientists from the Academy of Agricultural Science in Pyongyang.

Nelson has extensive international experience, especially during the last 25 years, through technical visits. Throughout there is recurring emphasis on gender and social issues in developing countries. Three themes have been advocated: World Food Issues, Agricultural Sustainability, and the Roles of Biotechnology. During the past 10 years he has worked diligently to develop science exchanges with the university.