[Webinar] American POW/MIAs in the Korean War: Searching for Answers and Recovering Remains 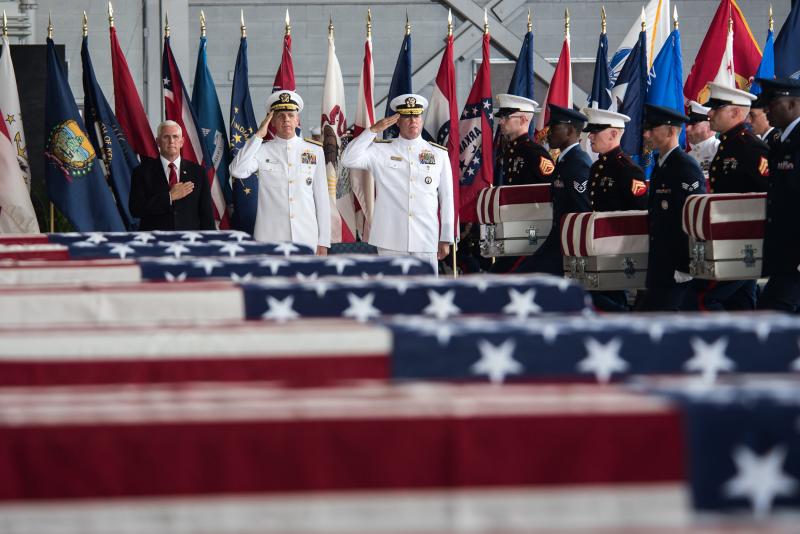 Following the end of hostilities of the Korean War in 1953, more than 7,000 U.S. personnel from that war were "unaccounted for," and 5,300 of those service members were believed to have been lost in North Korea. Efforts to locate and recover the remains of these prisoners of war and missing in action service members (POW/MIAs) have waxed and waned over the decades. Questions also remain about the fate of American prisoners of war in the immediate aftermath of the fighting.

Please join the National Committee on North Korea (NCNK) for a public webinar featuring Donna Knox, Richard Downes, and Mickey Bergman to examine these aspects of the Korean War POW/MIA issue. Among the topics to be covered will be the destination of American POWs taken off the Peninsula, as well as ongoing contemporary efforts to retrieve American POW/MIA remains from North Korea.

Donna Knox is the Legislative and Policy Liaison as well as on the Board of Directors of the Coalition of Families of Korean and Cold War POW/MIAs. She is a co-founder of the organization and served as president from 1998-2002. Donna is also an attorney, with experience in family law and general litigation at a law firm as well as private practice. Previously, she was a broadcast journalist with experience as a news anchor, news reporter, and field producer. Donna is also a long-time researcher of Soviet intervention in foreign wars and exploitation of American POWs and an author of literary and historical fiction. She received a J.D. from Washington and Lee School of Law and a B.A. in French Literature from the University of Massachusetts.

Richard Downes is president and executive director of the Coalition of Families of Korean & Cold War POW/MIAs, a non-profit organization pursuing answers to the fate of American servicemen still missing-in-action during the Korean and Cold Wars. Rick works closely with Congressional offices, the Department of Defense, and non-governmental organizations to further the accounting mission. He partnered with the Richardson Center for Global Engagement in talks with the DPRK to return collected remains of U.S. servicemen, then later joined Vice President Pence in the Honorable Carry ceremony welcoming home the 55 boxes of remains returned following the Singapore Summit. Rick has collaborated with the Department of Army to declassify records containing information on unknown Korean War remains interred in the National Memorial Cemetery of the Pacific, with Congressional offices on legislation to declassify prisoner of war debriefs and intel reports withheld from WWII through the Cold War and resolutions calling for renewed joint remains recovery operations between the DPRK and the United States, as well as amendments to exempt P.O.W./M.I.A. operations from sanctions. Rick’s father, Hal, was declared missing-in-action during an air mission over North Korea on January 13, 1952.