[Webcast] Nurturing Negotiations: How to Jumpstart and Sustain Diplomacy with North Korea

National Committee on North Korea and the East Asia Foundation

Nurturing Negotiations: How to Jumpstart and Sustain Diplomacy with North Korea 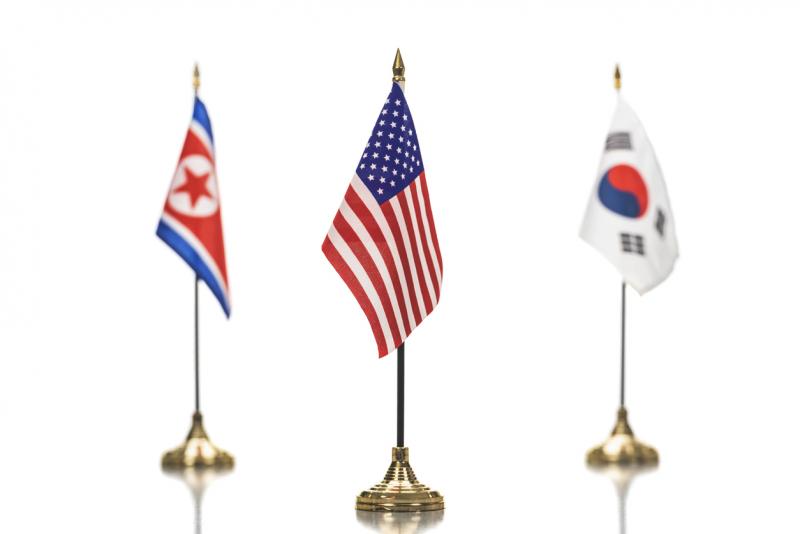 Following the conclusion of the Biden administration’s North Korea policy review and the U.S.-ROK Summit between Presidents Joe Biden and Moon Jae-in, it is clear that both Washington and Seoul are looking for pragmatic diplomatic solutions to address the challenges presented by North Korea. The details of the Biden administration’s “calibrated and practical approach” remain closely held. However, any diplomatic strategy will have to overcome the challenges of a fraught history of negotiations with North Korea; the ongoing pandemic and Pyongyang’s response to it; and ongoing tensions in the U.S.-China relationship. What can the U.S. and South Korea do to jumpstart and sustain the kind of diplomacy and engagement outlined by Biden and Moon and how might regional and nongovernmental actors shape a more conducive diplomatic environment?

Join the National Committee on North Korea and the East Asia Foundation for a discussion on the challenges and opportunities in implementing a diplomacy-forward policy on North Korea, featuring Frank Aum, Eun-jung Lim, Chung-in Moon, and Susan Thornton, with moderation by Katharine Moon. 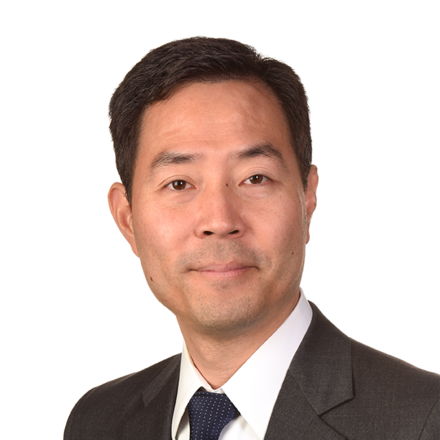 Frank Aum is the senior expert on North Korea at the U.S. Institute of Peace. He oversees the Institute’s work on North Korea and focuses on ways to strengthen diplomacy to reduce tensions and enhance peace and stability on the Korean Peninsula. From 2010 to 2017, he worked at the Department of Defense, including as special counsel to the Army General Counsel, special assistant to the assistant secretary of defense for Asian and Pacific Security Affairs, and senior advisor on North Korea in the Office of the Secretary of Defense. During this time, he advised four secretaries of defense on issues related to Northeast Asia and the Korean Peninsula. Aum also served as head of delegation for working level negotiations with the Republic of Korea on U.S.-ROK Alliance matters, and received the Secretary of Defense Medal for Outstanding Public Service. Aum previously worked as a corporate attorney, and also has extensive experience in the public and non-profit sectors. He completed a Fulbright Scholarship in Jeju Island, South Korea and worked as a speechwriter in the South Korean Ministry of Foreign Affairs and Trade. In addition, he worked to strengthen the Koreatown community in Los Angeles at the city’s Department of Neighborhood Empowerment and the Korean American Coalition (KAC). Aum received his bachelor's from Dartmouth College, his master's from Harvard University's Kennedy School of Government, and his Juris Doctorate from the University of California, Berkeley. 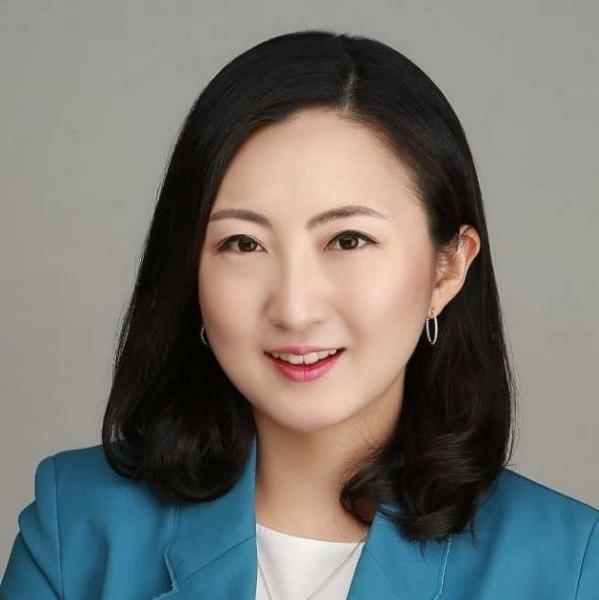 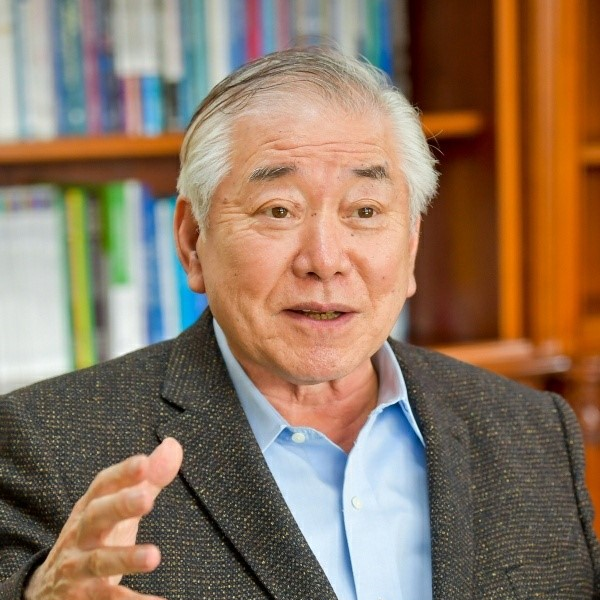 Dr. Chung-in Moon is the Chairman of the Sejong Institute and the former special advisor to the ROK president for unification and national security affairs. He is also the distinguished university professor at Yonsei University and Editor-in-Chief of Global Asia, a quarterly journal in English published by the East Asia Foundation. He was dean of the Graduate School of International Studies, Yonsei Univ. and served as Ambassador for International Security Affairs of the Korean Ministry of Foreign Affairs, and Trade and Chairman of the Presidential Committee on Northeast Asian Cooperation Initiative, a cabinet-level post. He has published over 60 books and 300 articles in edited volumes and scholarly journals. He also served as president of the Korea Peace Studies Association and Vice President of the International Studies Association (ISA) of North America. 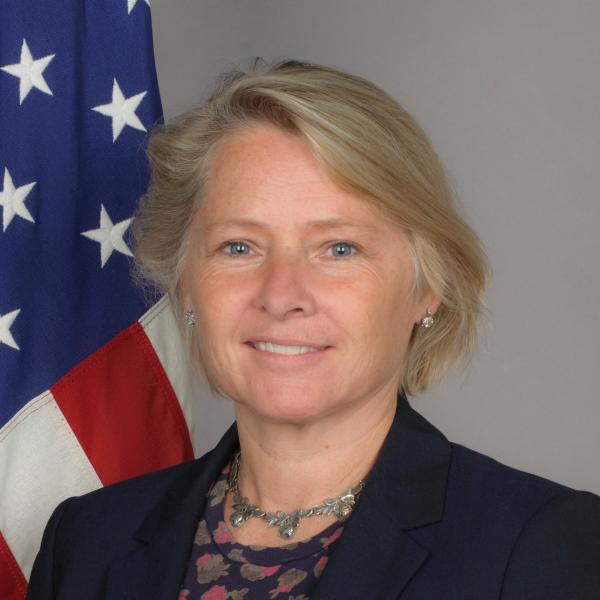 Susan A. Thornton is Project Director of the Forum on Asia-Pacific Security at the NCAFP, Visiting Lecturer in Law at Yale Law School and Senior Fellow at the Paul Tsai China Center. In 2018, she retired from the State Department after a 28-year diplomatic career focused primarily on East and Central Asia. In leadership roles in Washington, Thornton worked on China and Korea policy, including stabilizing relations with Taiwan, the U.S.-China Cyber Agreement, the Paris Climate Accord and led a successful negotiation in Pyongyang for monitoring of the Agreed Framework on denuclearization. In her 18 years of overseas postings in Central Asia, Russia, the Caucasus and China, Thornton’s leadership furthered U.S. interests and influence and maintained programs and mission morale in a host of difficult operating environments. Prior to joining the Foreign Service, she was among the first State Department Fascell Fellows and served from 1989–90 at the U.S. Consulate in Leningrad. She was also a researcher at the Foreign Policy Institute from 1987–91. Thornton holds degrees from the National Defense University’s Eisenhower School, the Johns Hopkins School of Advanced International Studies, and Bowdoin College. She speaks Russian, Mandarin Chinese and French, is a member of numerous professional associations and is on the Board of Trustees for the Eurasia Foundation. 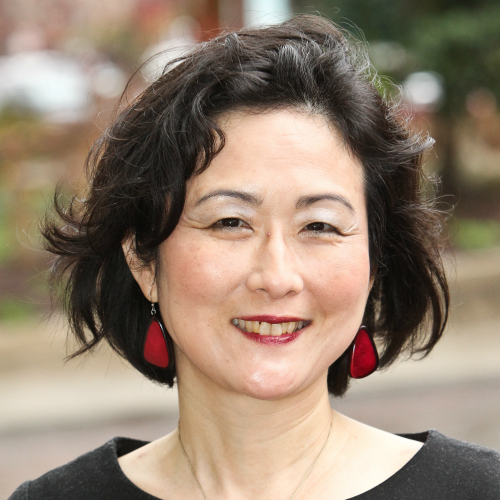 Dr. Katharine (Kathy) H.S. Moon is a professor of Political Science and the Wasserman Chair of Asian Studies at Wellesley College, where she has taught since 1993. She is also a nonresident senior fellow at The Brookings Institution Center for East Asia Policy and was the inaugural holder of the SK-Korea Foundation Chair in Korea Studies (2014-2016). She received a B.A., magna cum laude, from Smith College and a doctorate from Princeton University, the Department of Politics. She was born in San Francisco. Professor Moon’s research encompasses the U.S.-Korea alliance, East Asian politics, inter-Korean relations, democratization, nationalisms, women and gender politics, international migration, identity politics, and comparative social movements in East Asia. She is the author of Protesting America: Democracy and the U.S.-Korea Alliance, which discusses the the impact of South Korean democracy on the U.S.-Korea alliance and the institutional and procedural changes needed to improve the management of the alliance. Kathy Moon also authored Sex Among Allies: Military Prostitution in U.S.-Korea Relations, which explains how foreign policy decisions affect local communities hosting U.S. bases, particularly, women.  Her current book project, “New Koreans and the Future of Korea’s Democracy,” analyzes the impact of demographic change (North Korean defectors and "multicultural" immigrants) in South Korea on Korean democracy and foreign policy. Her research awards include grants from the Henry Luce Foundation, the Woodrow Wilson International Center for Scholars, the U.S. Fulbright Program, the American Association of University Women, the National Bureau of Asian Research, and the Social Science Research Council.