National Committee on North Korea and East-West Center in Washington

The National Committee on North Korea and East-West Center in Washington invite you to the North Korea in the World Webinar Series: 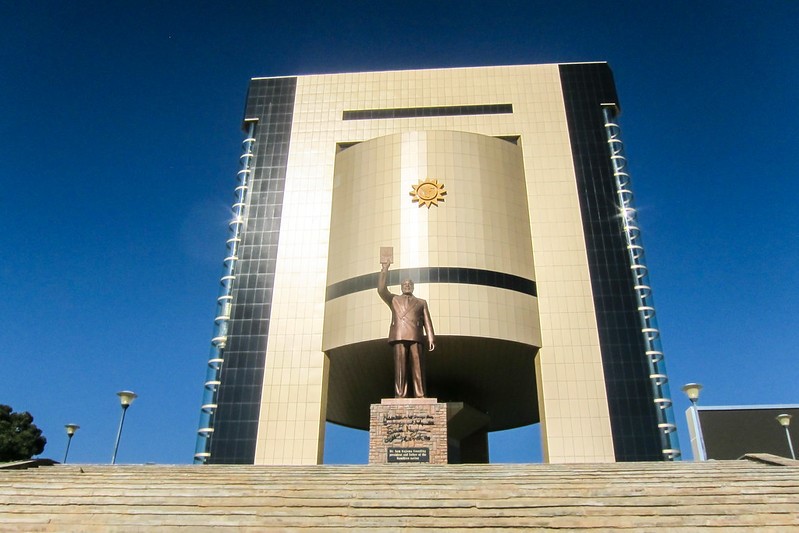 This webinar will look at North Korea’s historical involvement in anti-colonial and anti-Apartheid movements in southern Africa, looking particularly at its support for Namibian independence. The discussion will then turn to North Korea’s continuing economic and military ties, and its “statue diplomacy” with Namibia and other countries in the region, looking at whether UN sanctions have largely brought these relations to a close.

Upon registering for this webinar, you will then receive a confirmation email. If you do not, please check your Spam folder. If you still do not see the email within 24 hours or have other questions please email Mrs. Sarah Wang at [email protected]. The confirmation email will provide you with a unique link to join the seminar. Do not share this with anyone else.

As an Attendee in a Zoom Webinar, your microphone will be muted and video turned off from the start of the presentation to cut down on noise interference and to maintain security. Webinar attendees will be welcome to ask questions via the Q&A box throughout the discussion.

NOTE: If you are planning to watch the seminar via the YouTube livestream or call in on a phone without smart capabilities, you will not be able to participate in the Q&A session. Should you watch on YouTube, YouTube comments will be disabled. If you have a question, please email Mrs. Sarah Wang at [email protected].

Mr. Tycho van der Hoog is a PhD candidate at the African Studies Centre Leiden and is working on the project “Blood, Bullets and Bronze: The North Korean Involvement in Southern Africa, 1960-2020.” His research specifically deals with the diplomatic, military, and economic ties between the DPRK and African liberation movements. He has previously taught at the BA program Korean Studies at Leiden University and has worked as a project researcher at the Leiden Asia Center, where he investigated North Korean forced labor in Africa. His monograph Monuments of Power: The North Korean Origin of Nationalist Heritage in Namibia and Zimbabwe appeared in 2019. He has conducted extensive field research in Namibia, South Africa, Zambia, Zimbabwe, and South Korea.

Mr. Ross Tokola is the Executive Associate to the Director at the East-West Center in Washington, where he gives advice and support to the Director on ongoing near-term and long-term strategic projects and programs. He is also responsible for the Congressional Staff Program on Asia and for North Korea in the World. Previously, Mr. Tokola was a Program Officer at the Asan Institute for Policy Studies during his five years in Seoul, and worked for the U.S. embassies both in the Republic of Korea and in the United Kingdom. In addition to studying the Korean language at Sogang University in Seoul, he holds a B.A. and M.A. in Philosophy from Heythrop College, University of London, and a M.Phil. in International Relations from the Department of Politics and International Studies at the University of Cambridge.

Mr. Keith Luse is the Executive Director of the National Committee on North Korea. Previously, Luse was the Senior East Asia Policy Advisor for Chairman and later Ranking Member Senator Richard G. Lugar at the U.S. Senate Foreign Relations Committee from 2003 until 2013. Luse also served as Staff Director for Mr. Lugar at the Senate Agriculture Committee from 1999 through 2002, where the Senator also served as Chairman and later Ranking Member. While at the Senate Agriculture Committee, Luse made the first of eventually five trips to North Korea. Luse’s Bachelor of Arts degree in political science is from Indiana University. His graduate certificate in public management and additional graduate studies were obtained at Indiana University – Purdue University, Indianapolis.