National Committee on North Korea and The Korea Society

Frank Jannuzi, President and CEO of the Maureen and Mike Mansfield Foundation 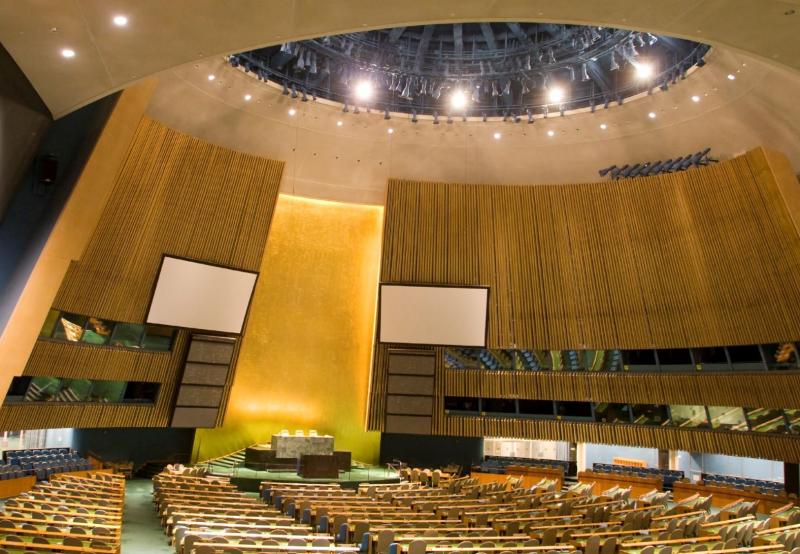 The National Committee on North Korea and The Korea Society are pleased to invite you to the second in a series on "Evolving Roles of the UN in the Korea Peace Process."

What are future possibilities related to United Nations (UN) involvement toward resolution of issues involving North Korea and the Korean Peninsula? What are past examples of the UN's peacekeeping role?

In advance of the UN General Assembly convening later this month, these are among the points to be addressed during an upcoming webinar featuring Frank Jannuzi, President and CEO of the Maureen and Mike Mansfield Foundation and Teresa Whitfield, Director of Policy and Mediation, Department of Political and Peacebuilding Affairs at the UN.

Steve Noerper, Senior Director for Policy at The Korea Society and Keith Luse, NCNK Executive Director will serve as moderators.

Frank Jannuzi joined the Maureen and Mike Mansfield Foundation as President and Chief Executive Officer in April 2014. He previously served as Deputy Executive Director (Advocacy, Policy and Research) at Amnesty International, USA. There he shaped and promoted legislation and policies to advance universal human rights, protect individuals and communities at risk, and free prisoners of conscience. From 1997-2012 Mr. Jannuzi was Policy Director, East Asian and Pacific Affairs, for the U.S. Senate Foreign Relations Committee, where he advised Committee Chairmen Joseph Biden and John Kerry on a range of security, political, economic, and human rights issues pertaining to U.S. relations with East Asia. During his tenure with the Foreign Relations Committee, he also was a Hitachi Fellow of the Council on Foreign Relations from 2006-2007, serving as a visiting lecturer at Keio University and a visiting scholar at the Institute of International Policy Studies in Tokyo. Early in his career, he served for nine years as an analyst in the U.S. Department of State’s Bureau of Intelligence and Research. Mr. Jannuzi holds a Bachelor of Arts degree from Yale University and Master in Public Policy degree from the John F. Kennedy School of Government, Harvard University. He has traveled throughout Asia and has written extensively on East Asia policy issues, including U.S. relations with Japan, China, and North Korea. He lives in Baltimore with his wife, Dr. Jennifer Martin, and their two daughters Zoe and Camille.

Teresa Whitfield is Director of the Department of Political and Peacebuilding Affairs’ (DPPA) Policy and Mediation Division in the United Nations. After an early career as a journalist and writer -- including two years in El Salvador, where she wrote on a book on the impact of the assassination of six Jesuit priests on the negotiations towards the end of the civil war -- she spent five years with the UN’s Department of Political Affairs in the 1990s, working on Central American peace processes and other issues. After leaving the Organization in 2000, she wrote two further books – one on Groups of Friends and UN peacemaking, the other on the slow process towards the end of the violent Basque separatist group ETA – as a fellow of New York University’s Center on International Cooperation; gave analytical support to the UN while Director of the Conflict Prevention and Peace Forum at the Social Science Research Council; served as a Senior Adviser to Geneva-based Centre for Humanitarian Dialogue; taught at Columbia University’s School of International and Public Affairs; and provided support to the Norwegian Ministry of Foreign Affairs on the Colombian peace process. She re-joined the UN in mid-2016 from the International Crisis Group, where she was Senior Adviser to the President.