DPRK-Germany Relations: An Ambassador’s Perspective of Diplomacy with Pyongyang 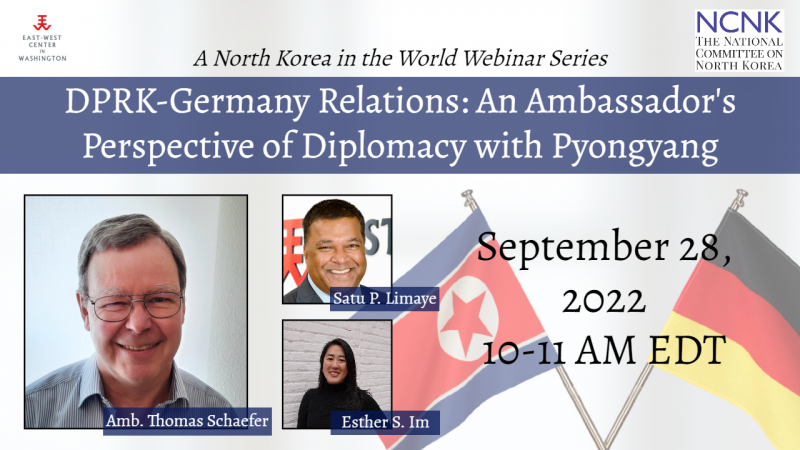 Former German Ambassador to the Democratic People’s Republic of Korea (2007-10 and 2013-18), Author of From Kim Jong Il to Kim Jong Un: How the Hardliners Prevailed: On the Political History of North Korea

The Federal Republic of Germany officially established relations with North Korea in 2001, but the formerly divided Germany has a long history with the North, with roots in the Cold War. Today, Germany strongly supports multilateral efforts on North Korean denuclearization and has facilitated both public and private humanitarian assistance and education and cultural exchanges between the two countries. Join the National Committee on North Korea and the East-West Center in Washington for a conversation with Ambassador Thomas Schaefer to hear key insights about the evolution of German-DPRK relations, his experience having served as German Ambassador to North Korea twice, and his perspective on the future of German-DPRK relations.

The North Korea in the World project is a joint initiative of the National Committee on North Korea and the East-West Center in Washington; the NorthKoreaInTheWorld.org website collects and curates information and data on North Korea’s external economic and diplomatic relations. 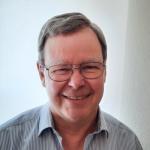 Amb. Thomas Schaefer served in the German Foreign Office from 1981 until 2018. His diplomatic career took him to multiple postings in East Asia and Latin America before he was appointed as Ambassador to North Korea from 2007 to 2010. After a subsequent tour as Germany's Ambassador to Guatemala, Amb. Schaefer returned to Pyongyang in 2013 to serve as Ambassador there for the second time prior to his retirement in 2018. Amb. Schaefer is the author of From Kim Jong Il to Kim Jong Un: How the Hardliners Prevailed: On the Political History of North Korea (2007 - 2020). He received his PhD in German History from the University of Kiel in 1985. 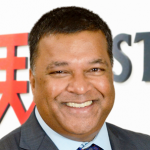 Satu P. Limaye is Vice President of East-West Center & Director of Research and EWC in Washington where he created and now directs the Asia Matters for America initiative and is the founding editor of the Asia Pacific Bulletin. He is also a Senior Advisor at CNA Corp (Center for Naval Analyses). He is a graduate of Georgetown University and received his doctorate from Oxford University (Magdalen College) where he was a George C. Marshall Scholar. He publishes and speaks widely on Indo-Pacific regional issues and supports various U.S. government, foundation, fellowship, and professional organizations. Among his current affiliations are Center for New American Security (CNAS) Task Force on the U.S.-Philippines Alliance, United States Institute of Peace (USIP) Senior Study Group on the North Pacific, Project 2049 Study Group on the U.S.-Australia Alliance, Korea Economic Institute (KEI) Advisory Council, and Global Taiwan Institute-Taiwan Asia Exchange Foundation project. 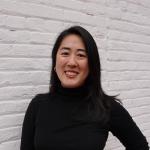